Son of Joe Casely-Hayford OBE, before studying at Saint Martin’s, Charlie apprenticed in his father’s studio from a young age, learning design, menswear history and technical skills. He began to work in fashion from the age of 21, styling international bands as the UK’s XX, and musicians such as hip hop artist Nas and John Legend. Charlie is currently a regular contributing stylist to fashion bible GQ STYLE and writes a weekly column for the Telegraph newspaper. Voted by GQ magazine as one of the UK’s best-dressed men alongside David Beckham and Brian Ferry, Charlie regularly appears in the press, having been shot by the likes of Juergen Teller, Tim Walker and Nick Knight. He is represented by Premier Models Special bookings.

The encounter between Charlie Casely-Hayford and Michel Perry

Michel Perry, the brand’s Artistic Director, is doing his utmost to rethink and rework this artisanal tradition by bringing the brand’s creations into the modern day. Spurred on by a combination of unexpected twists and controlled gestures, the brand champions innovation. During a dinner on the theme of creation, Michel Perry and Charlie Casely-Hayford discovered their common approach to creation; both seek to breathe life into their designs and to embrace the winds of style change while respecting traditional know-how, in order to establish a brand characterised by distinguished, timeless masculine elegance. From this observation, their partnership was born. 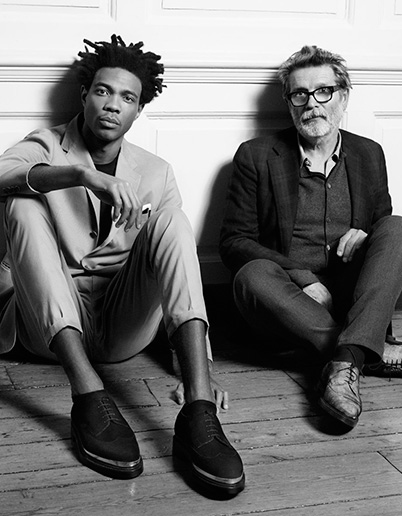 These styles already reflected a British spirit which was very popular among the Parisian elite at the time: a bridge between France and England was built. The brand therefore drew its inspiration from this sporty chic style characteristic of the art of living conveyed by members of the English aristocracy who are fond of hunting and other outdoor activities.

Charlie chose to rethink the famous J.M. Weston loafers by adapting traditional codes and integrating a silky calfskin worked by quilting, with precise, detailed top stitching, produced in the J.M. Weston factory in Limoges. Methods for shaping the material are inspired by hunting jackets and other clothing designed for outdoor sports.

Today, the two designers are reflecting on these early years, exaggerating lines and playfully transforming the wardrobe from back then. Charlie Casely-Hayford has reinterpreted and added his own twist to the famous Prince of Wales check, traditionally used to make three-piece suits for English dandys. The pattern is used on derbys with a double and triple sole, available in two colours, namely in shades of black and white. Charlie also boosts originality by offering a style featuring a metal calfskin band which enhances the last of the shoe, in a nod to shoes worn by enthusiasts of the Ska movement which was omnipresent in England in the 1960s. 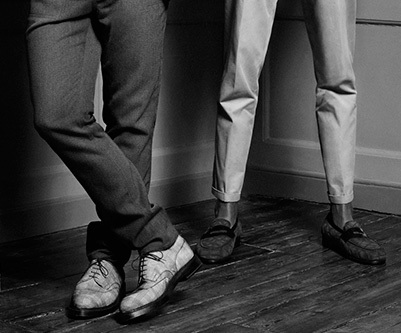 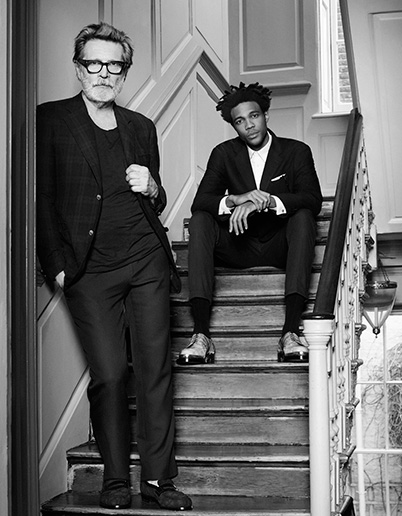 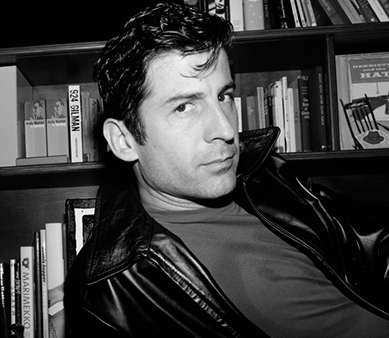 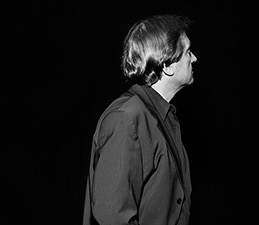 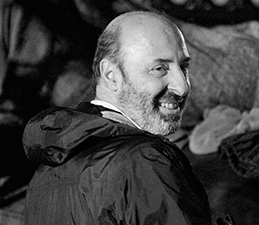