After Aoyama, the new boutique concept designed by the J.M. Weston studio, which marks the first anniversary of the arrival of Olivier Saillard at the artistic, image and culture direction of the house, arrives in Bordeaux. Thought as an artist's studio, it’s a place of exchange and life where everyone share his passion fors beautiful shoe, where one converses of products with the proven affect, culture footwear. As an echo to the historic shop of the rue de Courcelles, which, since the 1920s, was like a real intimate club where all Paris and its aesthetes met. Relocated on the Cours de l'Intendance, this new address inaugurates a new way of putting shoes on in the Gironde capital. 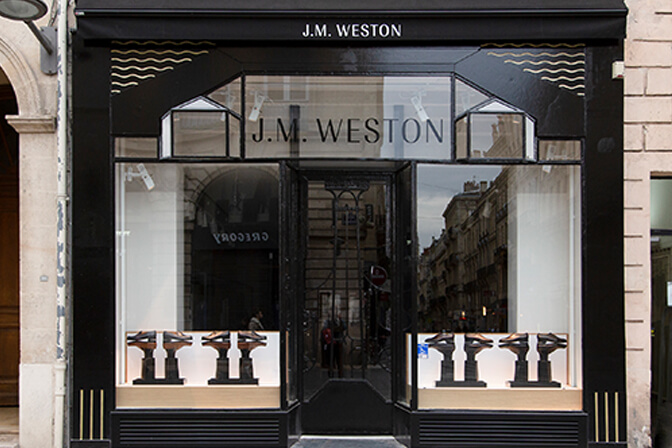 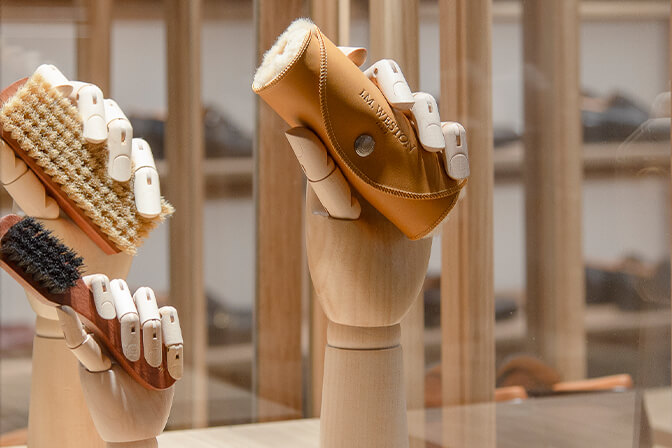 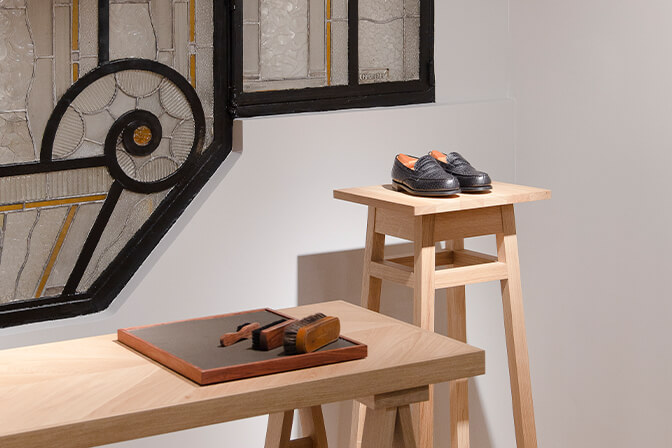 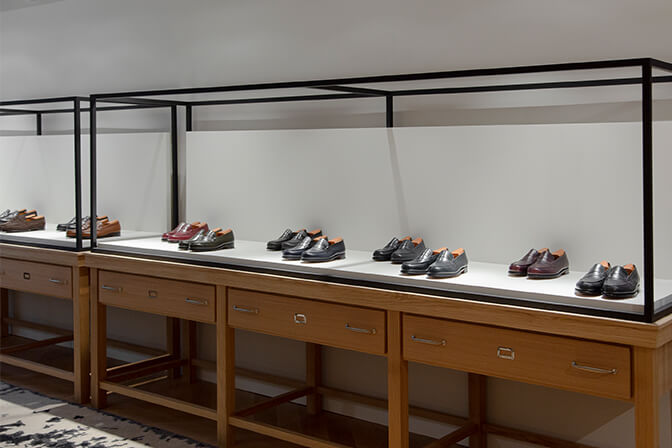 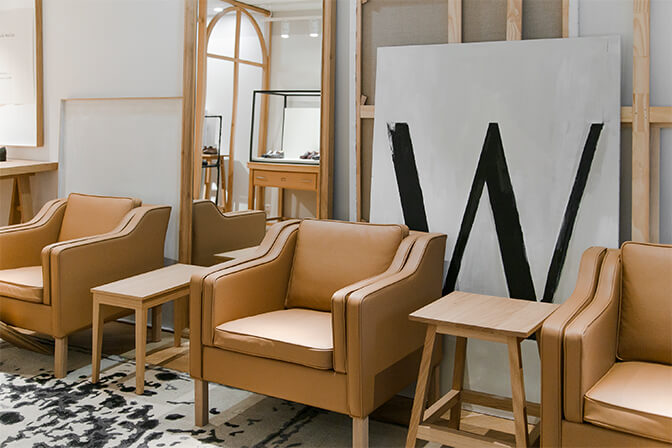 Taking up the intimacy of an artist's studio, the Bordeaux boutique is the first French address to enjoy this new concept, designed by the house's creation studio. Between curiosity cabinet and art gallery, the space exposes Emblematic, Timeless and new collections in quality "unique objects", real works-to-wear.

Advice in polishing and minor repairs are provided every day by an expert. Do not hesitate to come and ask us for advice on the maintenance of your shoes. 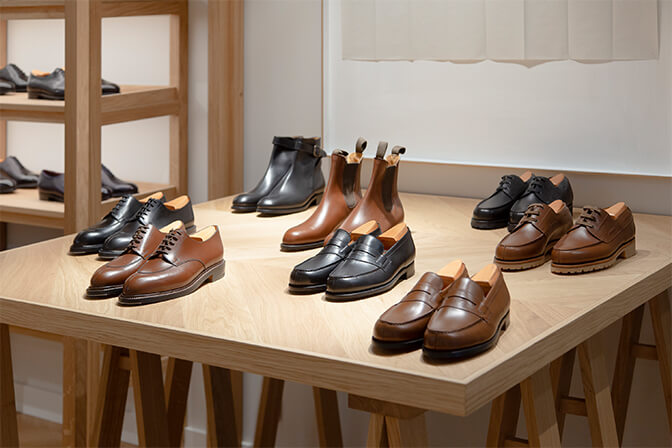 Within the shop, customers are also accompanied in the personalization of their shoes among a choice of 24 models, a range of 110 skins and a palette of 28 colors.